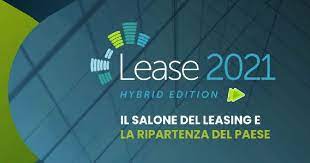 The fourth edition of Lease is about to start, the fair specifically dedicated to the world of leasing in the industrial vehicle sector. The location of the event will be Milan on the premises of the fair on the next 20 and 21 October with a two-day event that has the dual objective of creating the best investment conditions and encouraging the reflection of operators and the market on what are the main development themes of the sector.
Leasing suffered greatly during the pandemic, but this year, at least in the first eight months, there has been a real revival of the sector with around 410,000 contracts and more than 18.2 billion euros in turnover. We can say with certainty that the leasing sector is finally back to the numbers it had in 2019.
In the sector that interests us most, among the various leases that can be stipulated, the instrumental one stands out, covering about 70% of the loans. Then the other sectors such as transport and warehousing grow with 13.2%; not bad leasing in farms and construction companies, where the subject of the contract concerns the sector of machinery for civil and road construction.
As regards industrial vehicles, again in the first eight months of the year, there was an increase that touched more than 147% compared to the same period in 2019. It should be noted that 2020 is not taken into consideration in all classifications. due to the epidemiological emergency that has brought several economic sectors to their knees, including leasing.
The rental we are talking about is long-term, which is confirmed as the most used mode.