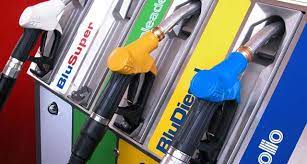 In a previous article we had already announced the abolition of the regional vehicle tax, which constituted an additional tax to the detriment of consumers and businesses, who had to sustain an equally useless fulfillment.
With the 2021 Budget Law, in fact, we have repeatedly said that the regional tax on gasoline for motor vehicles has been repealed, but we had not focused on the many implications of this fact and on this tax which, over the last few years, had been subject to particular attention by the European Union for some discrepancies with respect to the European legislation itself. And in these times of economic recovery after the pandemic, having one less tax to pay is a concrete help to operators in the sector.
If on the one hand the suppression helped to resolve a legislative conflict between the State and the European Union, on the other hand it sparked a heated debate on the possibility for taxpayers to obtain a refund of the amount already paid by virtue of a tax deemed illegitimate. To settle the question, however, there is the same Budget law that puts a firm point on the question, sanctioning the principle that the effects of the tax obligations already arisen are without prejudice, but in the same it establishes a fund at the Ministry of Economy and Finance, with an endowment of 79.14 million euros starting from January 1, 2021 to restore more than anything else the regions for lower revenues, given that the proceeds of the abrogated tax went to these local authorities, which back in 1990 they had instituted it.
The Sicily Region had never instituted the tax, while seven regions with ordinary statute had introduced it, only to repeal it over the years, while those that have not yet done so, by virtue of this Budget law, must adapt the its own legislation, thus avoiding numerous disputes before the Tax Commission.