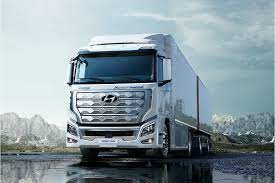 In this our column we have talked many times about the new frontier of sustainable mobility for the environment with electric vehicles that are now becoming the norm but also about the new hydrogen vehicles, which the various manufacturers are putting on the market after many years of experimentation. .
This is the case of Hunday, which has just delivered the keys to the first hydrogen truck "Xcient Fuel Cell" which has already been on Swiss roads since the end of April and runs on city streets without producing harmful emissions forthe environment.
Sustainable mobility using hydrogen as fuel is truly an absolute world first for a small country like Switzerland which finds itself among the first to use it, since the European Union considers sustainable mobility as a goal to be achieved by 2030.
This truck uses green hydrogen, because it is free of CO2 or carbon dioxide which is absolutely harmful to the environment, which causes the famous greenhouse effect, which is the culprit of rising temperatures and climate change. Certainly few vehicles still circulating cannot change the world, but it is hoped that in a few years it will become a habit with a significant reduction in costs also from an economic point of view, because in this case to generate hydrogen, electricity from hydroelectric plants is used. .
In this specific case, the "Xcient Fuel Cell" truck is a commercial vehicle consisting of seven hydrogen tanks that allow the vehicle to be able tomove with a range of more than 400 km. Thanks to zero-emission technology, 65 tons of C02 emissions into the atmosphere are saved every year.
Switzerland is, as we said, the first country in Europe to have delivered this truck and is part of a series of 50 models that were delivered in 2020, but Hunday is not only aiming at the European market, but also intends to expand in the North. America and China, reaching 2,000 units by 2021.
The investment supported by the Korean company is massive: we are talking about 1.3 billion dollars, in addition to the 6.4 billion previously allocated for the creation of an ecosystem to support an environmentally friendly company.